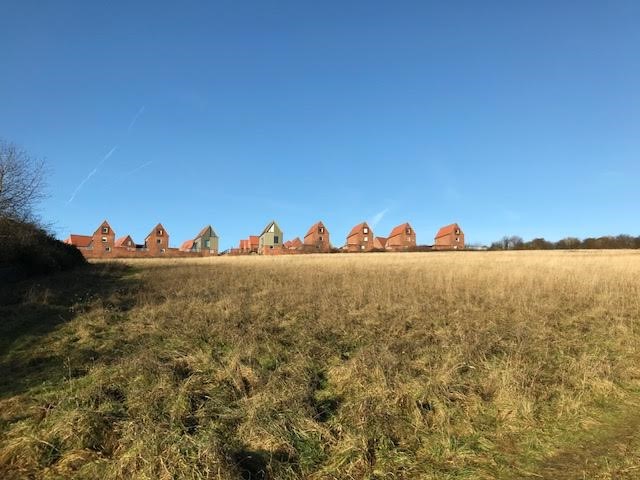 Development in Medway and damp in modern properties. 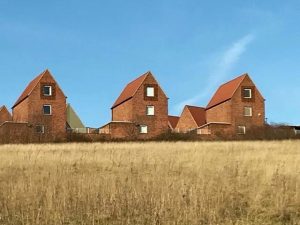 Above: Horsted Park a new housing estate built opposite Rochester Airport. Although aesthetically unique and in a potentially prime location, the possibility of mould,mildew and ingress remains an ongoing concern in new-build property.

Despite initial appearances to the contrary, the population density within Medway is currently estimated in excess of 1500 per m2. This often comes as a suprise to London based property developers and in some cases foreign investors when dealing with Medway Council, specifically in regard to planning.

When the population of Maidstone is estimated to be in the region of 425 per m2, then contextually it’s evident that housing development including investment in services and infrastructure should remain a priority with the Medway towns.

Since the closure of Chatham Dockyard over thirty years ago, Medway has acquired a completely unfair reputation in the media for having the last two generations entirely reliant on the benefits system. This could not be further from the truth. Irrespective of an undeniable underclass element which currently pervades Chatham and Gillingham Town Centres, Medway has historically maintained an interdependence with the working class populous. This is both evident in Medways military and nautical background, but also in the trade and industries that were once reliant on Medways Army, Navy and Dockyard heritage.

The 16 recorded business closures in Chatham High St between April 2016 to April 2017 doesn’t necessarily reflect an unwarranted lack of investment. Moreover, it’s a fundamental change in purchasing habits, a direct result of mass internet shopping, retail parks and the Asda monopoly. This trend will undoubtedly remain irreversible, whether it is perceived as progress or not in the short term.

Ultimately the high street economy of Chatham, Gillingham and Strood will become solely dependent on fast-food outlets, gambling and charity shops unless in-depth analysis and practical, rational planning are proposed.

The ever increasing number of presumably homeless street drinkers continue to find shelter in the doorways of long vacant high street shops.

Originally dismissed suggestions in 2009 of either redeveloping or re-purposing Medways disused pubs, shops and stores for residential requirements, have in recent times become a feasible proposition. When consideration is given to continuing investment to both retail and residential properties on Chatham dockside, this most sought after location continues to be indicative of a healthy economy. This disparity merely highlights the current and seemingly indefinite trend which spells the end for the high street.

Protracted redevelopment along Rochester river front will in a few short years completely change the outward appearance of Rochester forever. With the introduction of a much heralded new Rochester train station, the expansive development designated between the railway lines and the riverfront will in bring immeasurable opportunity to the area in respect of business, accommodation, jobs, housing and retail. The benefit to associated trade and industry especially from surrounding areas can only result in a positive outcome.

Below: Both built in 2013 the Rochester ME1 properties below required extensive works due to breached Damp Proof Membrane.