Rochester Building and Damp were asked to assist in an advisory capacity for damp encountered during renovation works within the Old Addenbroke’s site. Contractors had been brought in when movement was detected in a brick arch above a window and had resulted in a cracked, leaking cast-iron pipe. The damp soon abated after renovation to stone, brickwork and the replacement of the cast iron pipe.
Unfortunately severe ingress still remained at ground-level and continued to pervade the library flank wall. The delegated contractors contacted Rochester Building and Damp to investigate the cause and obtain advise on treatment.

As the Victorian library was built aside buried archaeological remnants of a 14th Century Chapel, invasive investigation could not be permitted. 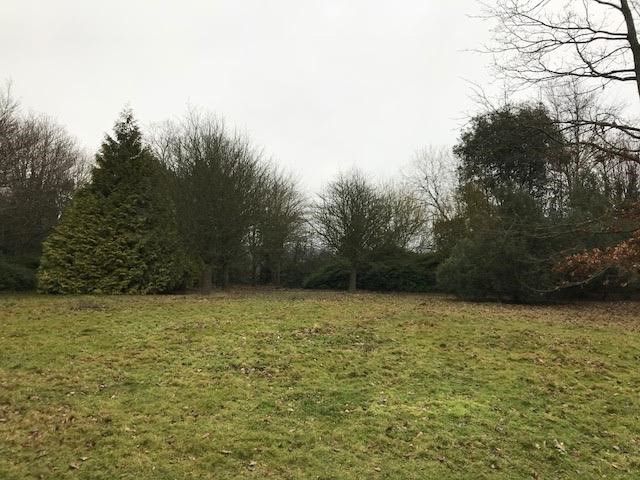 Using geophysics equipment, Rochester Building and Damp mapped the grounds facing the library flank wall. The footings of the original chapel were located as were a network of interlinking and mostly redundant underground drain pipes. A gradiometer was initial used, then ground penetrating radar (GPR) on the second day of the survey.

On day three a concealed manhole was discovered behind trees and foliage approximately 30m from the flank wall.

Below Left: On-site analysis for molecular density of oxygen, carbon, water and nitrogen. Following GPR survey, specific locations were analysed one cubic metre at a time. 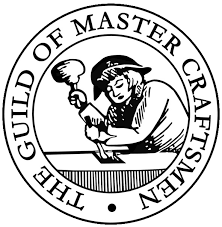 Above Middle: Prototype gradiometer 3D readout. Mapping is instantaneous and compatible with a number of devices.
Above Right: Special thanks must be given to The Guild of Master Craftsmen, who continue to bring together skilled artisans engaged in a trade, craft and profession.

Records confirmed the manhole had been built when the underground drainage system had been completely rerouted in the 1940’s. A comparatively recent partial blockage had caused the manhole to sporadically fill up and exit through a redundant pipe just below the Yorkstone lid. The redundant pipe terminated approximately 2 meters away from the library flank wall at a depth of between 1.5m-2m. The resultant concentration of water below ground-level in close proximity to the flank wall had caused a severe saturation-level ingress in a reasonably short time. Rochester Building and Damps report resulted in contractors resuming works and rectifying the ingress at source. Following completion of works, a handwritten letter from Regent House conveying gratitude and appreciation was most graciously received. 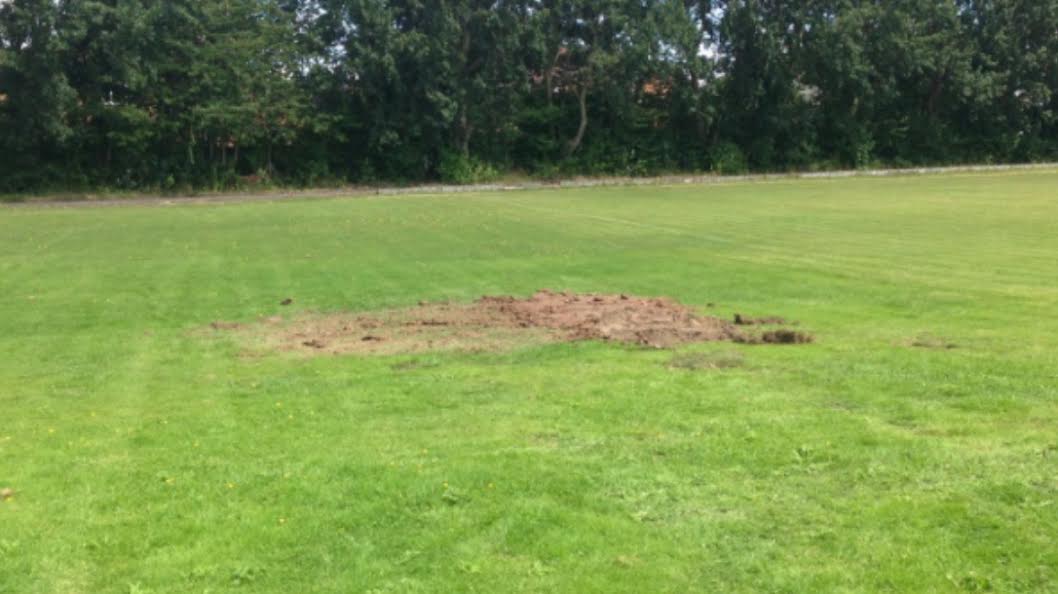 Above: When ground penetrating radar (GPR) was used within the Old Addenbroke’s site, preparatory investigation confirmed an approximate depth of 500mm soil from ground level on a 500mm dense clay bed. As a substantial chalk strata remained directly beneath the clay and soil subsurface, it was decided that a refractor should be used. The refractor divided the radar signal into three distinct electromagnetic pulses. These pulses were effectively directed along the surface of the chalk strata, allowing a greater range to be surveyed without loss or weakening of the signal. A secondary unit, a GPR receiver was aligned at a consistent distance of 8m from the first unit. This set up allowed for greater accuracy when surveying a considerable area in a short amount of time. 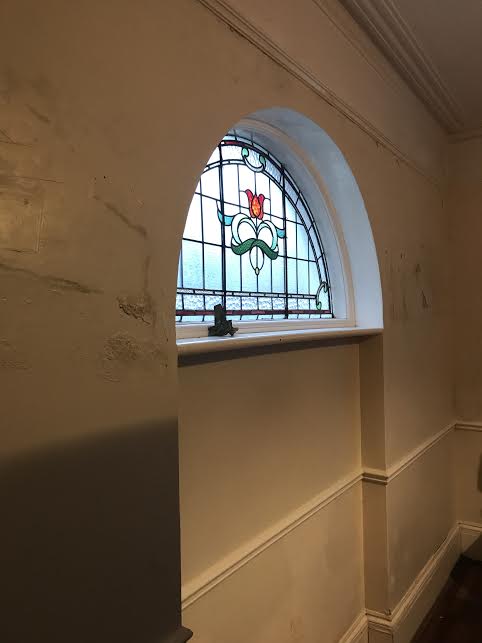 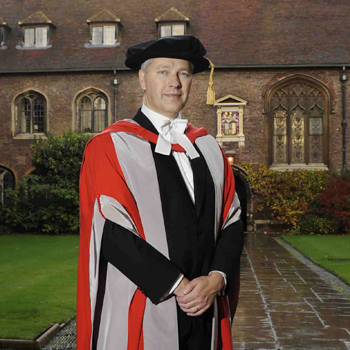 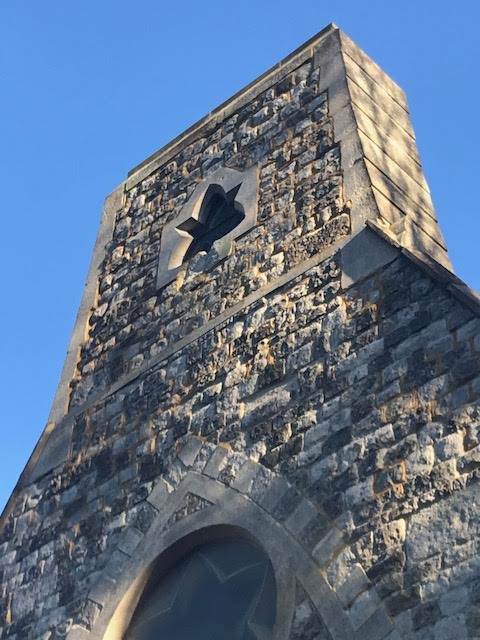 “Many thanks for your assistance in this most troublesome of matters. Damp would appear to be an affliction which requires a particularly high level of expertise. In my opinion, Rochester Building and Damp provide an exceptional service……”
D.W.Allen ScD. Regent House. 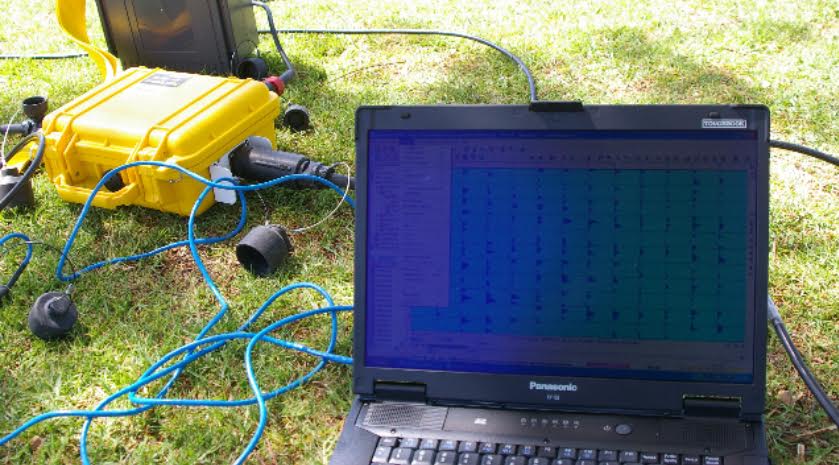 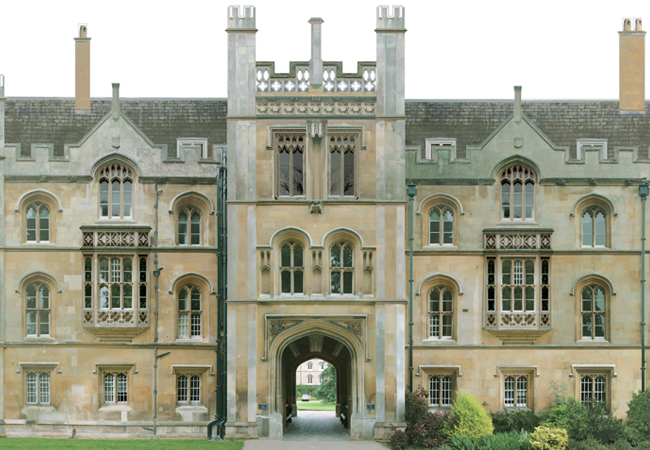 Above: The impressive Gate House entrance to the Old Addenbroke’s site.
Image OA423. Reproduced with permission of Regent House.