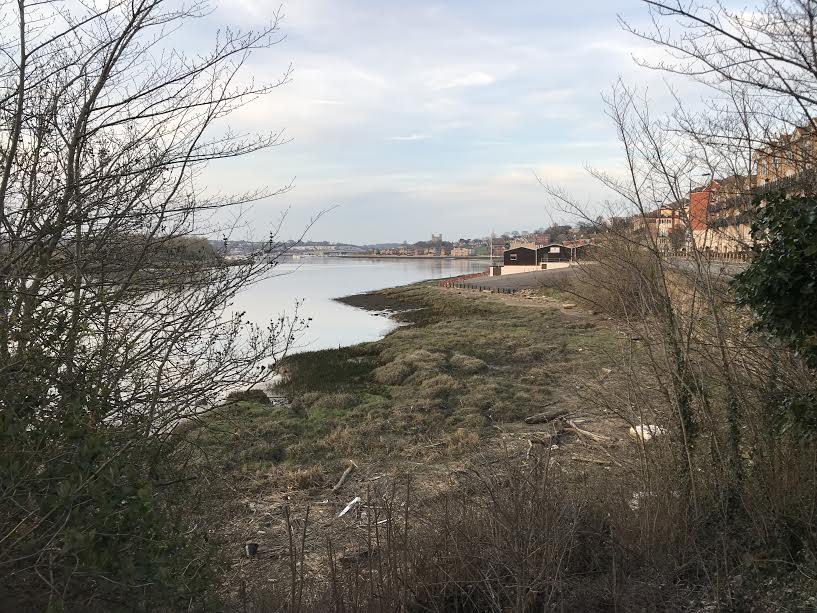 Statistically there is a significant increase of damp property in Medway.
In comparison to ten years ago, figures show reported ingress in the area have more than doubled.
Unfortunately there isn’t one all encompassing reason for this escalation. Rochester Building and Damp will individually assess the cause of damp in your property and propose the correct treatment to ensure a complete and indefinite cessation. We understand the necessity to correctly evaluate how works should proceed, should the property be occupied and invasive works are required. 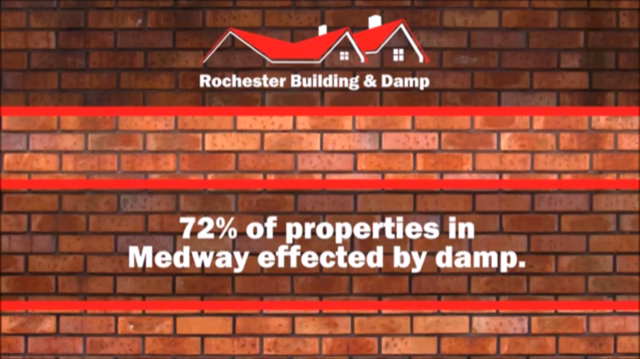 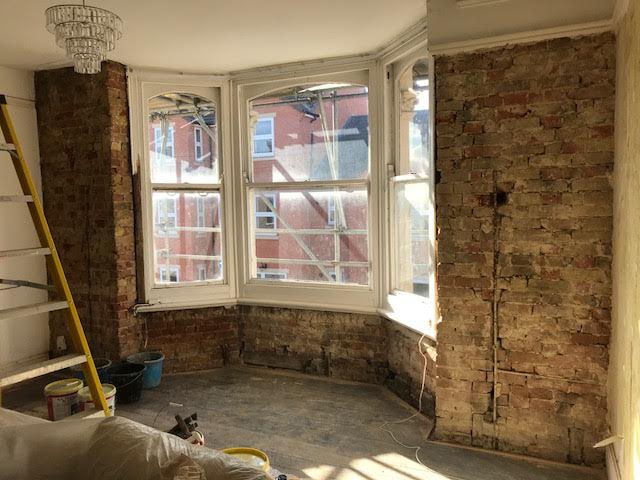 Above: Balmoral Road, Gillingham. February 2018. The front bay in a Victorian end of terrace property.
The original lime plaster has been removed and brickwork beneath exposed.

Below: A Rochester Building and Damp advertising campaign from 2017 explaining the health implications of exposure to stachybotrys, also referred to as ‘toxic back mould’. 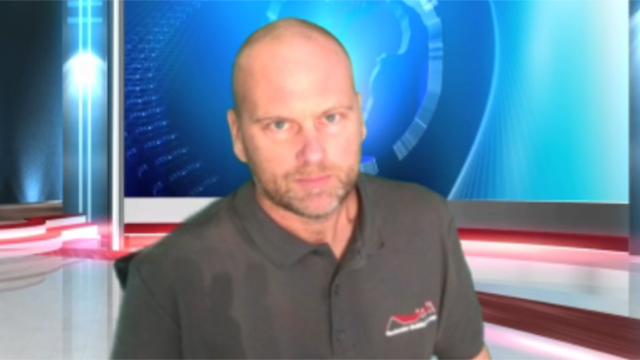 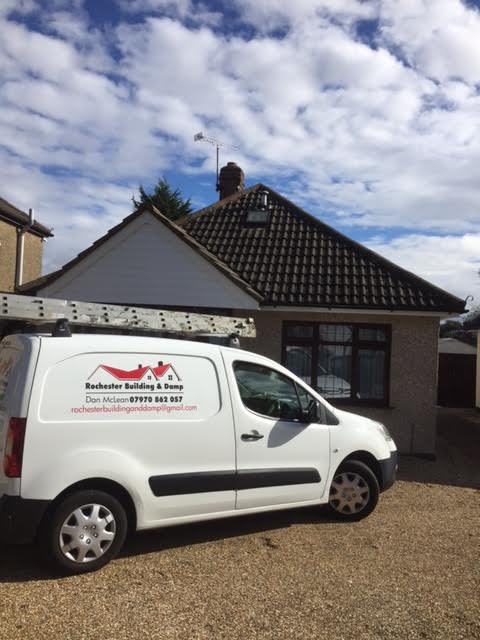 Below: Mould , mildew and specifically stachybotrys growth in damp property can have the most severe effect on individuals with an underlying respiratory condition.
The WHO (World Health Organisation) estimates the inhalation of damp spores in an affected property in twenty four hours can cause damage to the lungs equivalent to smoking fifty cigarettes.
The WHO research has been backed up by recent NHS statistical analysis.
The NHS has further emphasised that Infants and the elderly are also at great risk remaining in a damp environment.

Below: Completed works. The bay has been tanked, the exterior requirements finished. The tenants remained in the property throughout the duration of works. All dust, noise and inconvenience was kept to a minimum. 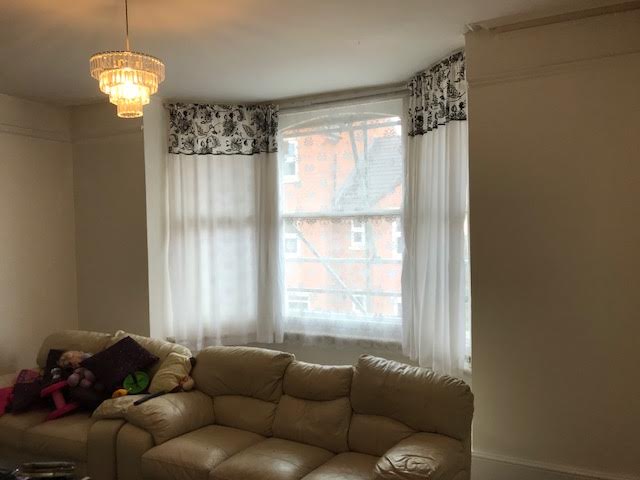 A landlord letting cold, damp properties and some with no working toilet and dangerous electrics must pay more than £12,000 for allowing tenants to live in poor conditions. The landlord failed to make improvements to two properties in Chatham and another in Gillingham, ignoring legal notices.

Below: Two successful business who’s premises were afflicted with severe ingress. In both instances Rochester Building and Damp were called in to rectify the damp, after remedial efforts undertaken by a nationally recognised timber and damp company had failed. 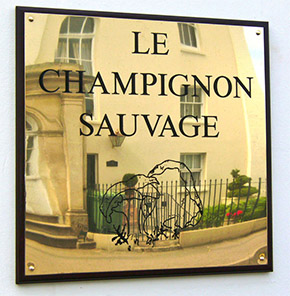 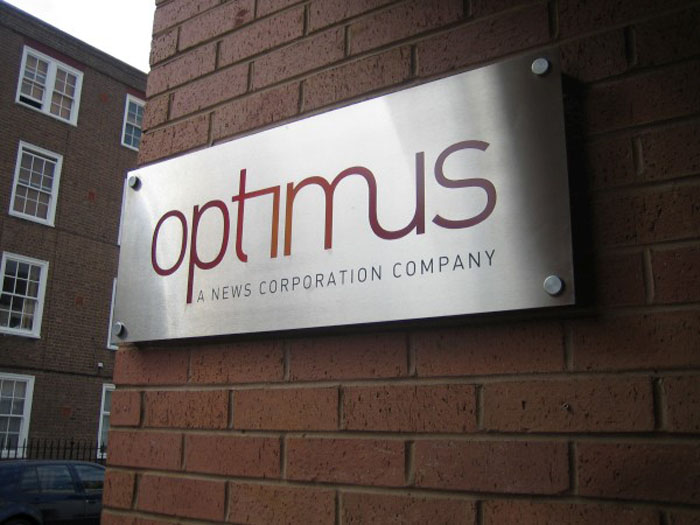 He also continued to let the Gillingham property despite the council having served a prohibition order in May, preventing anyone living there due to its poor state. Two months after the order was served council officers discovered new tenants living in the property, which had damp in every room. The tenants were placed there by housing agent on behalf of the landlord. Another of his properties in Chatham had a damp problem as well as no heating and the toilet was broken. The council had first contacted the landlord in regard to the general poor condition of the property. This was followed up with a formal improvement notice but he failed to carry out the necessary work. A third property in Chatham had a dangerous electrical system, rising damp, condensation and some windows were lacking restrictors. Despite the poor conditions, the landlord allowed a tenant with two children under the age of five to live there and ignored all council correspondence and an improvement notice. The landlord pleaded guilty to three offences relating to the three properties, but did not appear at Medway Magistrates’ Court when the case was heard. Instead, representatives from letting agent were there on his behalf. Magistrates fined the rogue landlord £8,300 as well as costs of £3,430 and a £350 victim surcharge. 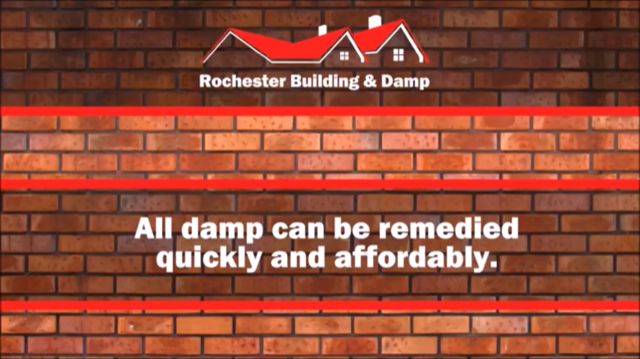 Households are at risk of being conned into getting unnecessary and expensive damp proofing treatments by unscrupulous firms. Consumer watchdog, Which?, ran an investigation in which two houses, each with three potential damp problems, were inspected by 11 damp treatment companies. Results of the first house showed that almost half of the companies, of which six were major businesses, recommended unnecessary treatment. Results of Which? damp proofing investigation below. 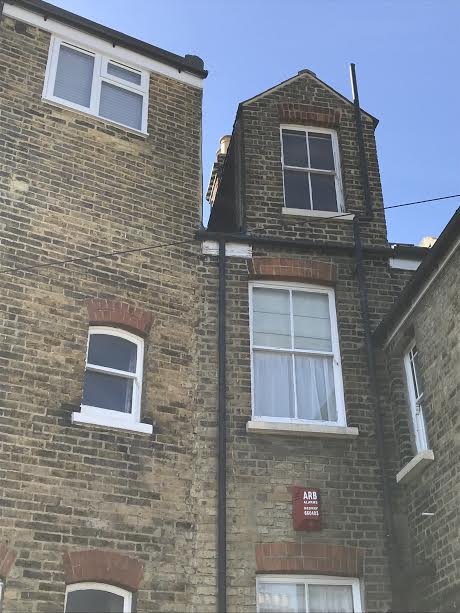 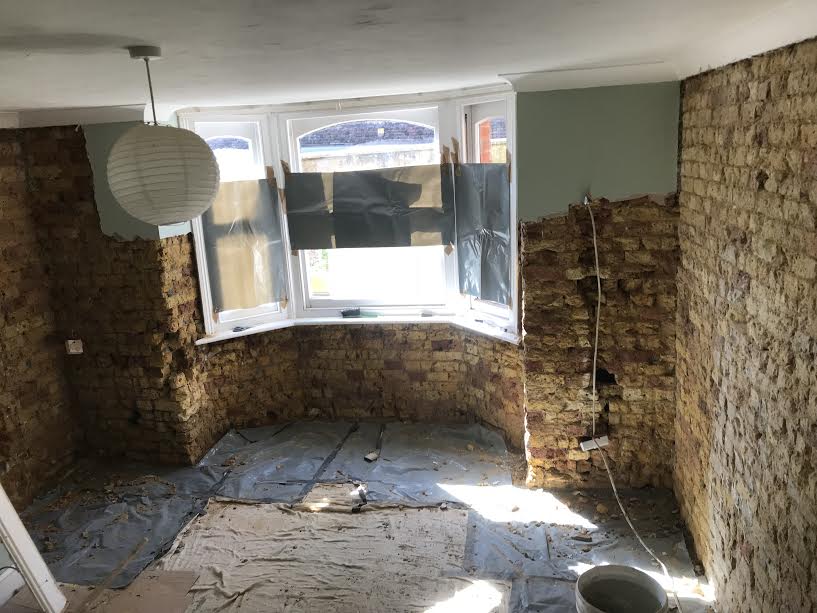 Above: An expansive multiple occupancy Victorian end of terrace property in Rochester. The picture illustrates how ingress which initially permeates the front bay can incrementally pervade both the flank and partition walls. 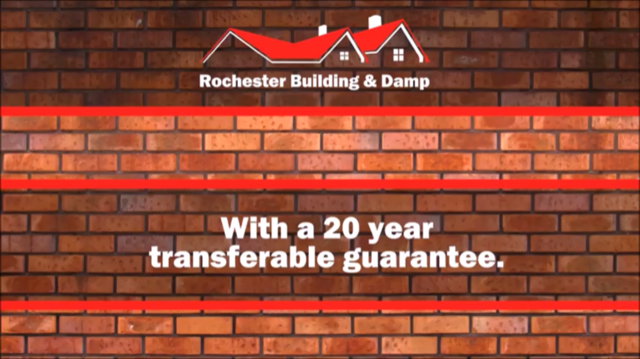 Below: Rochester Building and Damp are Medway’s premier independent damp control and damp proofing specialists.
We deal with residential, commercial and industrial property.
We are a multi-award winning Medway based business that covers London, Kent and the South East. 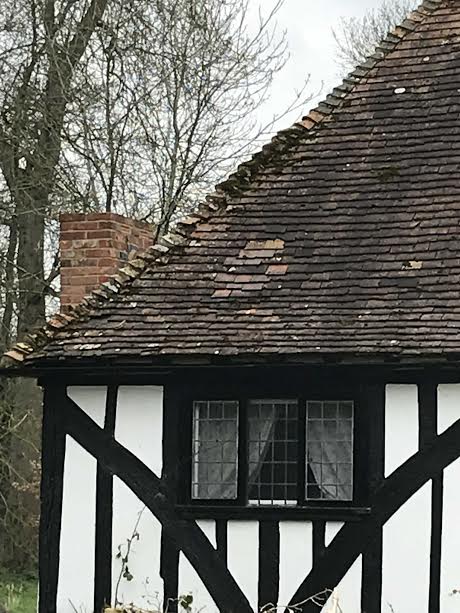 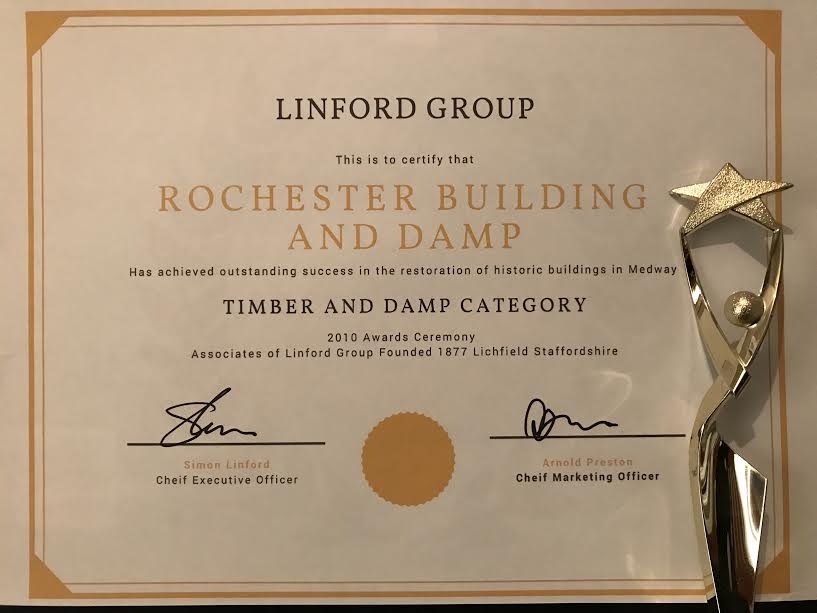 Which? (the respected consumer magazine and website) invited 7 damp proofing companies in February 2019– including big names Rentokil and Kenwood – to two houses in Orpington with a total of three potential damp problems. These visits were then analysed by two damp proofing experts, who found that all the companies with the exception of Rochester Building and Damp recommended unnecessary or inappropriate treatment, or missed the problem completely. The overall scores for the biggest companies (how many occasions they gave good advice) were as follows:

All the companies that visited the properties have been active in the timber and damp industry for more than twenty years.

When Which? reported the most concerning findings to the PCA, it said it would undertake a full investigation and take appropriate action. In contrast, Which? praised Rochester Building and Damp for both their expertise and professionalism. 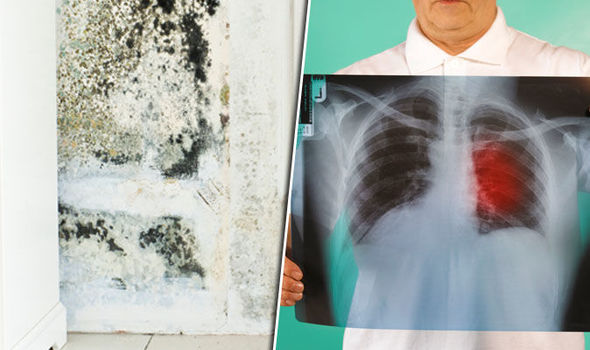 Mould and damp could cause lung disease

Lung  disease deaths account for about 20 per cent of all deaths in the UK, according to highstreet hardware store Robert Dyas.

The condition – which includes asthma, emphysema, and bronchitis and lung cancer – could be caused by poor housing conditions. That includes mould and damp.

Five per cent of all houses in England have have damp issues, according to the English Housing Survey.

Damp and mould problems in winter, because its colder and wetter.

Exposure to biological agents are a significant health hazard, causing a wide range of health effects

The World Health Organisation (WHO) said healthy indoor air was a basic right.

“Exposure to biological agents are a significant health hazard, causing a wide range of health effects,” said the organisation.

Moulds produce substances that can trigger an allergic reaction, according to the NHS.

Asthma sufferers were twice as likely to live in houses with damp problems, it was revealed.

Those most at risk of developing respiratory problems from damp and mould were babies, elderly people, and those with a weakened immune system. 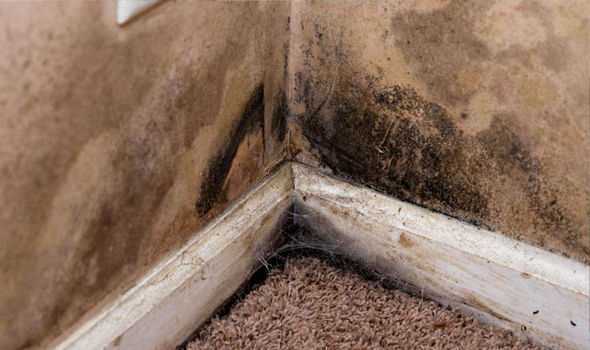 Mould affects five per cent of all houses, according to the the English Housing Survey “Online searches for house mould have risen steadily over the last ten years and the peak time being from November to February,” said Robert Dyas’ Chief Operating Officer Rachel Brain. Using dehumidifiers could help to keep homes dry. Other solutions include mould spray, moisture traps and a damp detector.
Opening windows, or improving ventilation, could also help to reduce mould.
Drying washing outside and putting lids on saucepans were recommended by the WHO.
Mould growth can be caused by condensation on windows. Condensation could cause structure issues with your home, if left for long periods.
To prevent condensation, make sure your washing machine or tumble dryer is properly ventilated. 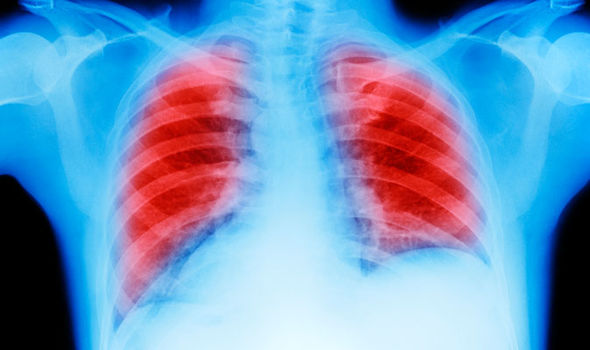 Above: Lung disease conditions include asthma, bronchitis and emphysema

Lung disease also includes emphysema, sarcoidosis and fibrosing alvolitis.
Symptoms to watch out for include breathlessness, a persistent chesty cough, wheezing and common chest infections.Smokers are most at risk of developing one of the conditions, according to the NHS. Treatments include pulmonary rehabilitation, and inhalers for asthma patients. 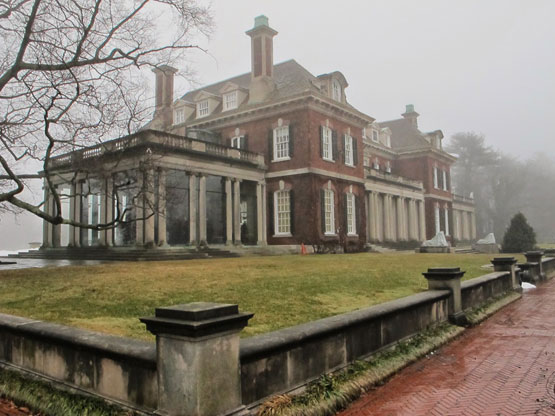 If you have damp patches, bubbling paint, crumbling plaster or powdery deposits on wall surfaces close to the floor, rising damp is probably the culprit. Rising damp usually occurs in masonry walls because of the failure or absence of a damp-proof course, although poor sub-floor ventilation and bad site drainage can also be contributors. 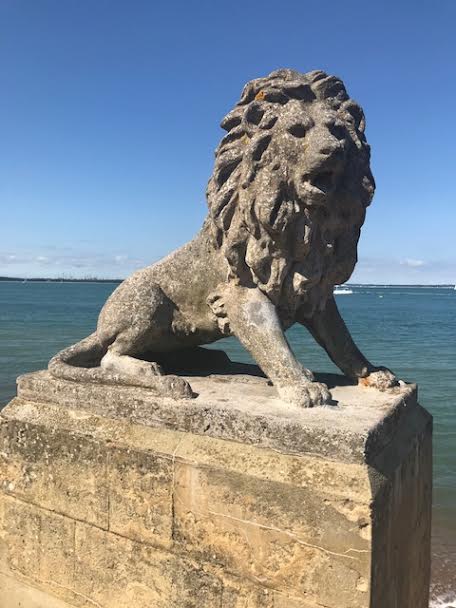 If you’re not sure of the cause of a damp patch on a wall, try the foil test. Dry the wall surface with a fan heater, then tape some kitchen foil tightly over the affected area. If the surface of the foil is wet after 24 hours, you have condensation. Condensation occurs when moisture-laden air builds up inside the house. Poor ventilation and over-efficient draughtproofing are often to blame.

Damp patches on walls are generally the result of penetrating damp, where water from outside gets into the brickwork through gaps and cracks. If the patches are clustered around windows and doors, then it’s likely that rain is getting in through gaps around the frames. If the damp is below the opening, it may be because there is no drip groove below a projecting sill. Any other patches of damp are most likely caused by faults in the brickwork, including cracked pointing. 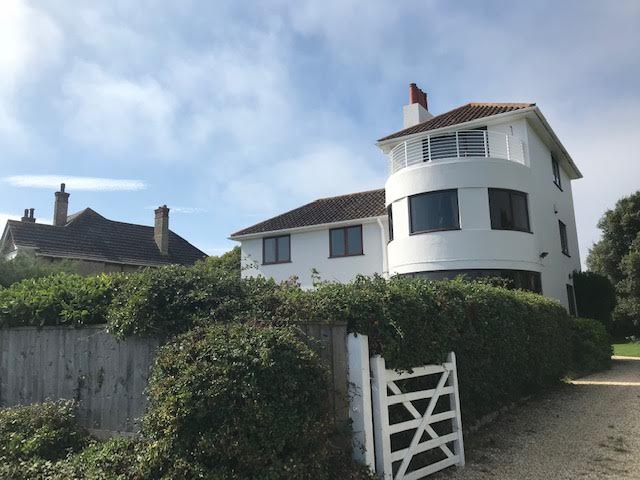 Faults in the roof structure, including damaged or missing tiles, poor flashing and broken or cracked gutters and drainpipes, can be the cause of dampness in the house. They’re usually easy to spot, being located either around the ceiling or on sections of wall that line up with the external pipe work. Damp patches may also be the result of leaks in plumbing work embedded in the wall or from poorly sealed bathrooms. 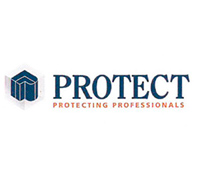