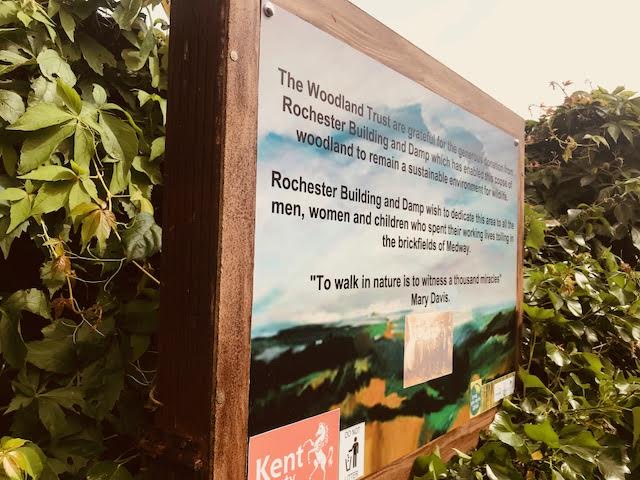 Of the many forgotten attributes concerning Medway, the most unfortunate is the areas connection to brick making. Between 1170 to 1881, the manufacture of bricks in the South East radiated from dozens of brickfields located in close proximity to the River Medway . 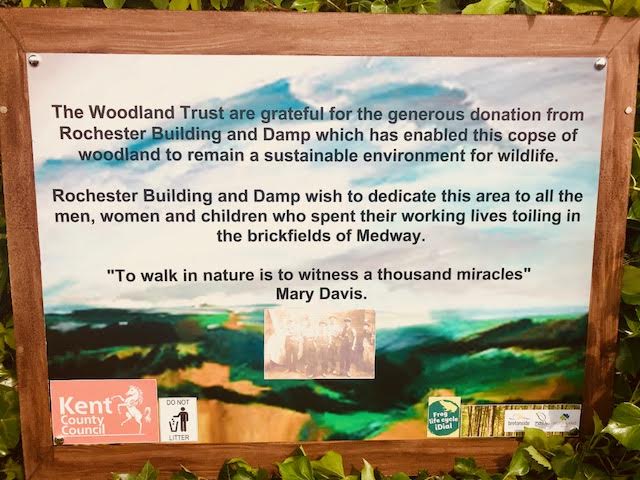 In addition to unrivaled housing development of Medway, the redevelopment and expansion of London into the surrounding suburbs ensured brick production ran to capacity for nearly eleven years.
Work in the brickfields was extremely arduous, with employees required to undertake heavy lifting in a precarious, health and safety deficient environment for exceedingly long hours. Even at the time, workers considered the industry exploitative, dangerous and a potential means by which to reduce life expectancy. Privately documented accounts of conditions portray an environment where physical strength and endurance were paramount in the ability to maintain a meager income.
Entire working class families were often employed, with grandparents, parents and children often working side by side, six days a week for months or even years.

Below: 2016 prior to the introduction of several pathways to allow greater accessibility.
It is often a suprise to even those familiar with Medway, that mature predominantly ancient semi-natural woodland can be found on the outskirts of Rochester. 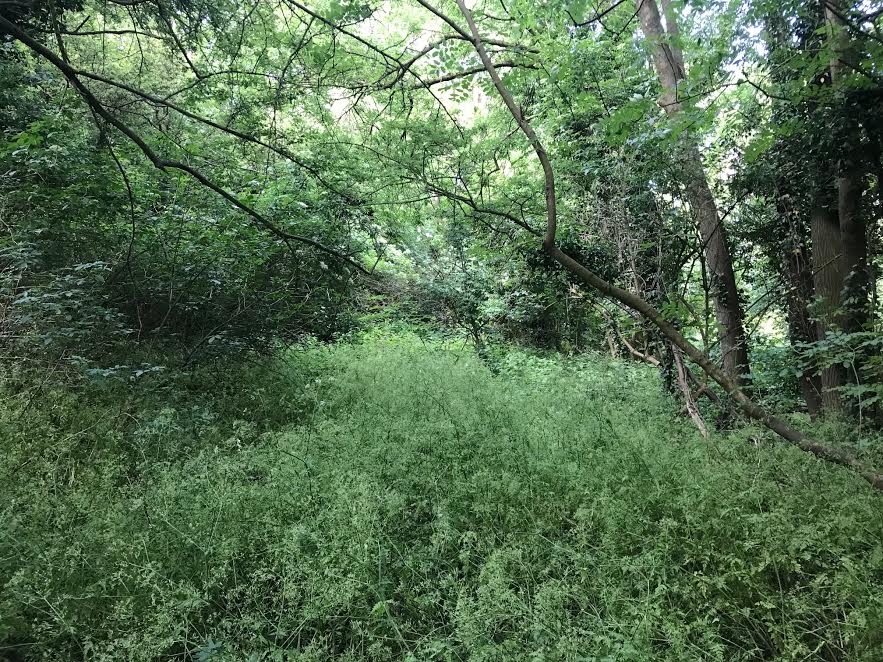 Below: Environmentalist Ross Byron discovered his family connection to Medways brickfields during research into scrub land and common land within Medway. Ross’s great grandfather Jacob Morley Byron is the young man in the middle of the sepia photo. The picture is believed to have been taken at the Eastwoods Frindsbury site. 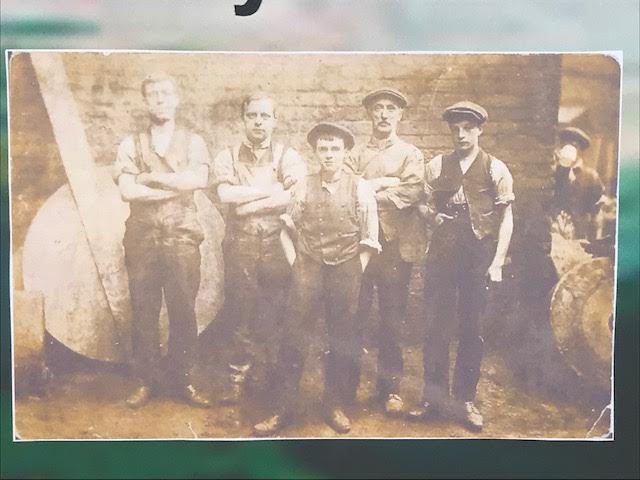 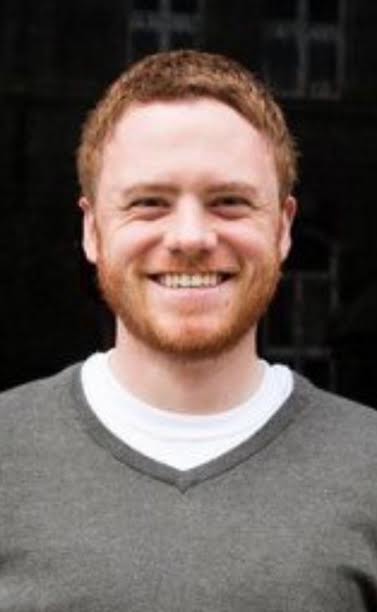 In 2015 three acres of scrub land of disputed ownership came to the attention of The Woodland Trust.
The overgrown land was located in Rochester, partially surrounded by fields behind and the motorway within earshot. With it’s abundance of lime, oak and elm trees, the land had a considerable amount of wildlife. The plants, trees and animals remained entirely reliant on what had essentially become a self contained eco system.
An established badger population as well a rare species of rabbit appeared to live within the perimeters of the three acres. This is in addition to the many visiting birds in search of insects provided a haven of biodiversity.

Below: Despite historically being categorised as scrub land, the hard work by a small group of volunteers since 2016 has certainly paid off. Although not easily accessible by foot, during the summer months the woodland copse often has the appearance of  a carefully tendered garden. 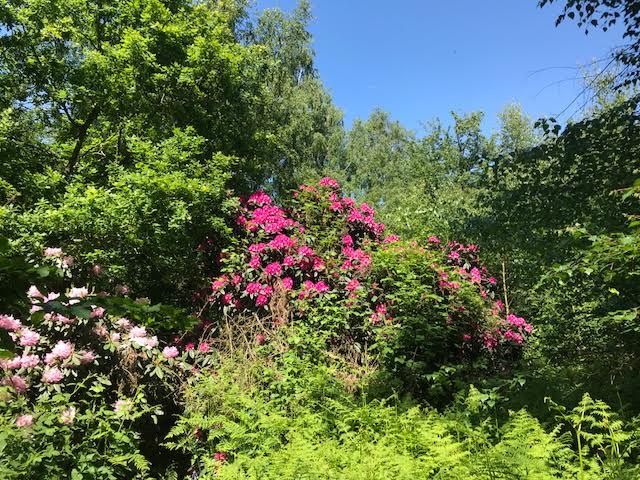 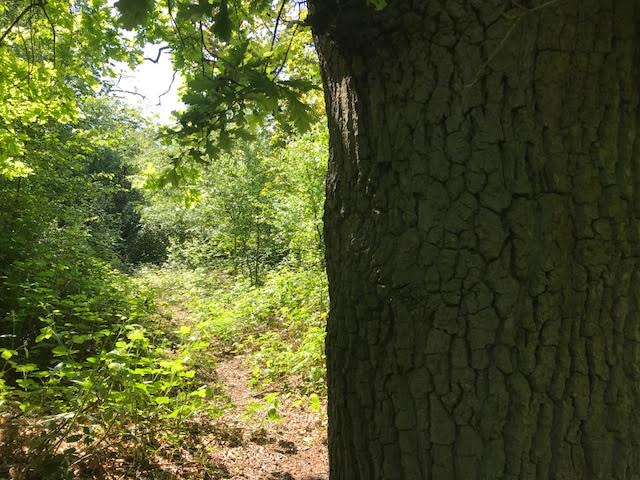 In April 2015 Higham based environmental campaigner Ross Byron contacted Rochester Building and Damp in regard to severe ingress within his Victorian detached property. Following completion of works at his home, Mr.Byron further enquired about details within the initial report Rochester Building and Damp had provided. A specific section within the report explained the extent to which highly porous Imperial stock bricks contributed to the spread of ingress throughout his property when an external source remained continuously present.

The origin of ingress within Mr.Byrons property had been traced to a leaking external gully. However, once the source of ingress had been rectified, internal tanking of exposed brickwork had also been required.

Mr.Byron conveyed his intention to start a website dedicated to providing information about local sustainability and  preservation of the environment. His intention being to use past history as a guide and in his own words: “perhaps the distant past as a preferable ideal, in terms of a way of life. As they say, unless we remember past mistakes, we are destined to repeat them”

Above: Local brick manufactures during 1170 to 1881 ensured the locations of their brickfields were within an acceptable distance to the river.

When Rochester Building and Damp supplied historical data to Mr.Byron regarding various types of bricks throughout the Victorian and Edwardian era, he was suprised to find information relating to a brickfield in Rochester. The location of the brickfield was in fact a three acre area of scrub land Mr.Byron had been aware of from his dealing with The Woodland Trust the year before in 2015.
As ownership of the land had been in dispute following enquiries that alluded to semi private ownership, Mr.Byron decided to seek funding to purchase the land on behalf of The Woodland Trust.
Having discovered a large percentage of funds could potentially be provided via a grant, the remaining 10% of the purchase price only needed to be raised.

In April 2016, Rochester Building and Damp donated funds totaling £4000, which accounted for 10% of the £40,000 purchase price of the land.
Mr.Byron continues to be active with a small local volunteer group. Twice a month, the group ventures into the three acre site for coppicing and to clear the paths of any branches and debris.

Thanks to Ross Byron a sign now stands at the narrow entrance into the woodland site. The sign acknowledges the financial assistance provided by Rochester Building and Damp. Although the land provides no official right of way via a public footpath, the entrance is not gated.

It was with great interest that we were recently contacted by Rob, who had been researching his genealogy. Have spend considerable time researching, Rob was delighted to discover that before his service in the Royal Navy, his great grandfather had worked at an Eastwoods brickfield in Frindsbury. His great grandfather Jacob Morley Byron spent several years working as a ‘temperer’ cutting and loading clay into wheelbarrows. He later joined the Navy receiving medals for distinguished service in The First World War.  On returning to Medway after the war Jacob Morley Byron spend his remaining work life at Chatham Dockyard working as a riveter.

Above: March 2018, a clear central path after removal of shrubbery in late 2017.
Gif provided courtesy of Melanie Dudrich – The Woodland Trust.

For information relating to volunteer work pertaining to ecological and environmental concerns within Medway, please contact Ross Byron via email at

In our ongoing efforts to ensure all damp proofing and renovation work in period properties matches the original materials, Rochester Building and Damp have archived all the relevant information obtained over the last twenty years.
If you have an enquiry concerning materials or the specific bricks used in your Medway property, please contact us on the link below and we will be happy to help.