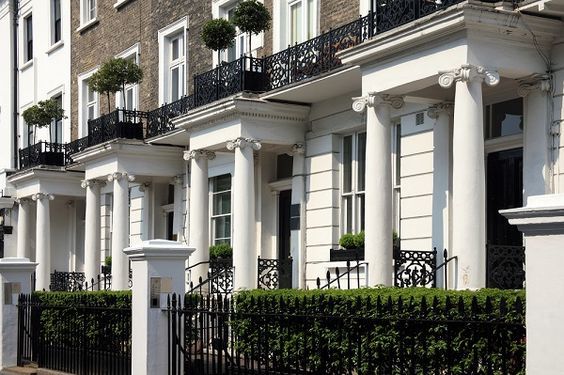 What is it about older properties that we love so much?  From humble alms houses to grand stately homes, why are we prepared to risk costly drainage problems, dodgy roofing issues or restrictive planning covenants?  There is an unquantifiable feeling in a period property that you just don’t get in a new build. Unlike the blank page of a new house, a heritage property often has a fascinating story to tell. It’s been a home for many years and there’ll be clues of it’s past all around you, even if it’s the deathwatch beetles clicking away in the old oak beams.
You may want to restore period features to their former glory or add contemporary twists but either way these need to be sensitively handled from a design perspective in order to celebrate and enhance your property. While the terms are often used interchangeably, there is an important distinction between period and listed properties. Period properties are those from historic periods, but listed properties are buildings on Historic England’s National Heritage List for England and they are protected from any structural changes without permission. 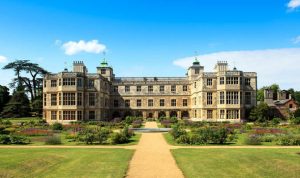 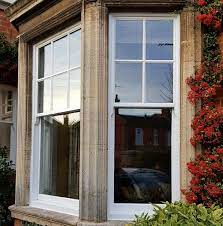 What is a period property?

A period property is a property that was built during a specific time period, characterised by a distinctive architectural style. There is no binding definition as to which time period a property should come from to fit this classification, but it usually refers to an era before World War I. Periods are historical timeframes, generally defined by the ruling monarch at the time. Queen Victoria oversaw the Victorian era and Edward VII the short-lived Edwardian era. Much longer was the Georgian era, which saw four consecutive King Georges – I, II, III and IV.  There is currently a strong argument for including later 20th-century architecture, such as Art Deco.

What do the different listings mean?

Grade I listed – If a building is Grade 1 listed it is deemed to be of exceptional interest and may also have been judged to be of significant national importance. Grade 1 listing is usually reserved for much older and historically-important public buildings, such as cathedrals, castles, towers and town halls. The restrictions on Grade 1 listed buildings differ from property to property so if you’re hoping to make changes it’s critical you check precisely what restrictions there are on your property. The extent of your unique listing can be checked on the National Heritage database .

Grade II listed – are of special interest warranting every effort to preserve them.  All buildings on the register are legally protected from being demolished, extended or significantly altered without special permission from the local planning authority.  Over 90% of all listed buildings are in this grade. 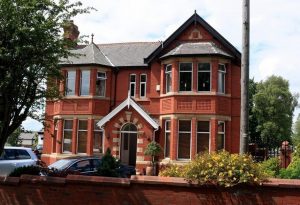 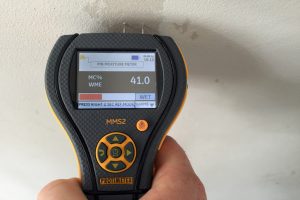 What is a heritage property?

Some period properties are not listed – but lie within ‘conservation areas’, which means external alterations and extensions need to be sensitive to their historic setting and may require extra consents.  Many local authorities hold a list of heritage properties that are not officially listed or in a designated conservation area so none of the statutory controls which affect listed buildings or conservation areas will apply to these properties, and on its own the list has no legal status. However, the inclusion of a property on a heritage list does indicate that the planning authority considers the building to be of local significance and that the authority is likely to consider its contribution to local heritage when determining a planning application.

Elizabethan (1558–1603). This ostentatious and glorious architectural style was all about show – reflecting the background of political power struggles and royal intrigue of the time. Elizabethan architecture was highly decorative, mixing Renaissance motifs with Flemish decorative work. Mansions from this era typically featured beautiful brickwork and large panes of glass, numerous elaborate chimney-stacks, towers and gables, as well as gardens with pavilions and fountains. Also extensive use of glass which was a status symbol and clearly demonstrated your wealth.

Stuart (1603 – 1714). The Stuart period was the era that fully brick-built homes became the norm. Initially made with timber frames, they were extremely vulnerable to fire and hence paid the price in 1666 as the Great Fire of London wiped out a massive 13,200 houses.  When rebuilt, homes had a typical style: brickwork construction, flat fronts and sash windows. This classic style went on to influence British homes for years to come because of its undeniable functionality and simplistic beauty. In 1696 the window tax was introduced, which led to some homes having their window spaces bricked up. After its abolition, most properties were eventually refitted with windows, so this hasn’t had much of a lasting effect on today’s homes.

Georgian (1714 – 1837). This long-lasting architectural era is known for the symmetry and balance of its buildings, which was based on classical Grecian and Roman architecture – the concept of order, harmony and formulaic standards. In building terms, this means symmetry, proportion and predictability. Rooms were sized in proportion to one another with tall windows also designed relative to room size. The Palladian influences from Europe, added further elegance and style in the form of pediments above doors and windows.

Victorian (1837 – 1901  Victorian architecture is a mash up of everything that went before but is hugely popular today.  They reinterpreted and revived an eclectic mix of older styles, from Gothic to Greco-Roman. Architects also began introducing influences from Asia and the Middle East. As the British Empire had become more established, many architects emigrated to the US, Canada and Australia, where they popularised this ornate blend of architectural trends.

Edwardian (late 1890s – 1910  Edwardian buildings were less ornate than their Victorian predecessors (with the exception of the Edwardian Baroque style). Overall the style was marked by simpler patterns and less clutter. It had a lighter and brighter look too; the arrival of gas and electricity meant soot build-up became a thing of the past, so architects began embracing lighter colours. 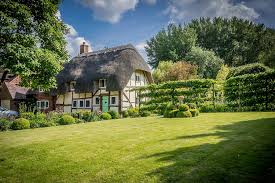 So is it for you?

Some people love the character and history of old buildings and fall in love with their original features such as bay windows, tiled hallways and fireplaces and original antique doors. Others just see a money pit and the upkeep; poor insulation, draughty windows and damp issues. Without doubt, period properties have higher maintenance costs but they are also a privilege to live in and have a rich and interesting story to tell. In my opinion a house with history and character is hard to compete with. If you own or are considering the purchase of a period, listed or heritage property with a current or historic damp issue, then please get in touch to discuss how Rochester Building and Damp provide a FREE, no obligation damp survey.   I look forward to hearing from you. Martin Sykes