An award winning service for the homeowner, landlord, lettings-agency, estate-agent and property developer. We identify and rectify damp at source, so there's no possibility of it coming back.

Building of the Month September 2019: The Old Forge, Canterbury

Canterbury is an attractive historic city, with numerous listed buildings from churches and abbeys to banks and almshouses. Practically the whole of Bishop Lane where this building is located, are listed; as is much else in the area. Although not many other properties have deteriorated to this level of decrepitude. Plainly the building was not always called Bishop Lane Car Repairs, nor was it always roofed with corrugated iron – both details mentioned in the Historic England listing. At Grade II it doesn’t qualify for inclusion in the Historic England’s Heritage at Risk register, but it is on the local authority’s, and richly deserves to be on SAVE’s.

It needs money, surely, but unlike so many larger buildings it doesn’t require great imagination to come up with a reuse. Its most recent incarnation was for vehicle parts storage – up until five years ago the breakers were adjacent. Unfortunately since 2014 the building has remained unused. Most notably, recent occupants have included a large family of foxes, who’ve since retreated to the nearby railway embankment. Behind is a residential area, with a mix of old and new, and some good trees.
Recently withdrawn from sale due to ambiguity regarding legalities over ownership; Rochester Building and Damp were contracted to undertake a number of structural jobs stipulated by the local authority. It’s anticipated that the property will be back on the market in early 2020. Current market value would mean a price in region of £200,000.
Anyone interested in an affordable Grade II Listed Building could do worse than looking around Canterbury.

Below: Features of interest include a number stained-glass panels set inside a partition wall. Despite now being securely locked-up, the local fox population remain in close proximity, regularly entering the extensive yard area. 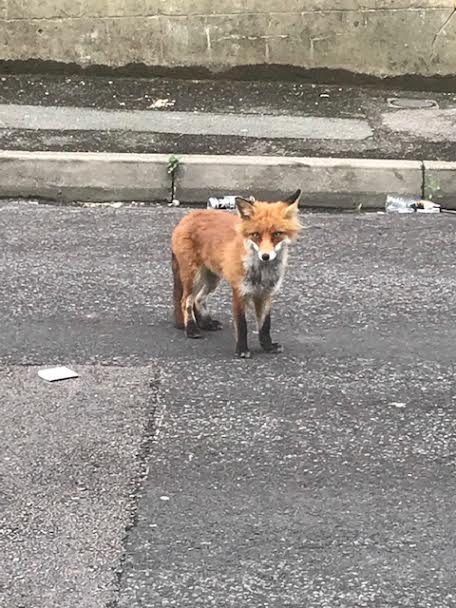