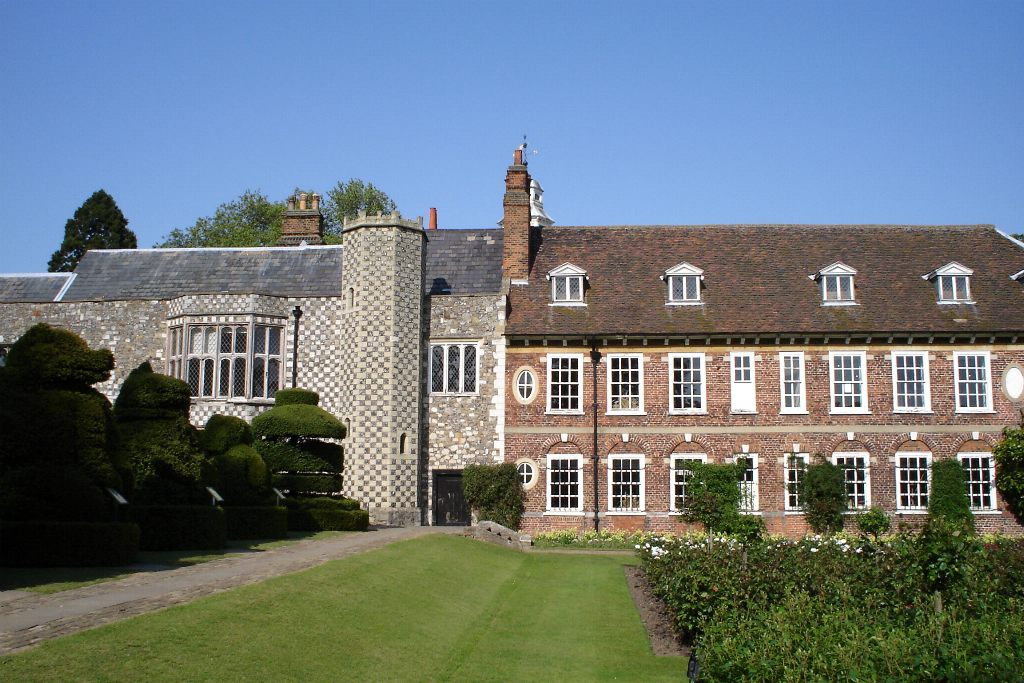 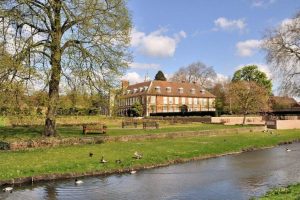 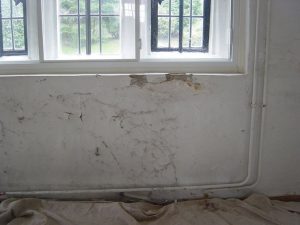 Although the gardens remained open, the house was closed on the morning of Friday 8th July while Rochester Building and Damp specialists treated the affected walls with a thermal polymer.
Hall Place has now been signed off with a 20 Year Timber and Damp Guarantee Certificate.

Hall Place was built 1537 for wealthy merchant Sir John Champneys, Lord Mayor of the City of London. Building materials included stone recycled from a nearby former monastery, Lessness Abbey. Sir John’s house consisted of a splendid central Great Hall crossed at one end by a service wing and at the other by high status family accommodation including a parlour and great chamber. The outer walls are a distinctive checkerboard pattern made of flint and rubble, a beautiful example of the masonry style popular in the late 15th and 16th century.Today Hall Place is restored to its original Tudor and later 17th-century designs. The property is managed by the charity Bexley Heritage Trust.
In June 2005 Bexley Heritage Trust received a £2 million grant from the Heritage Lottery Fund to develop and improve the site for the benefit of visitors. This grant enabled the construction of the Riverside Cafe alongside the River Cray, a new visitor centre and an education suite. A 17th-century stable block was also converted into an art gallery, which displays works by local artists. The house itself is now used as an exhibition space.
Damp in Historic Buildings is largely caused by the application of modern, unsuitable materials such as cement render or pointing, gypsum based plasters, non-breathable paints and coatings. Damp can also be exacerbated by the external ground-level being too high, or even poorly maintained guttering and chimneys. However, sometimes it’s an atmospheric moisture problem. When ‘relative humidity’ increases in an uninsulated building, water vapour in the air can condense marginally beneath the surface of any especially cold walls. The condensation occurs at a ‘dew point’ and creates unsightly damp patches on the walls surface. This form of ingress is referred to as ‘interstitial damp’.
Rochester Building and Damp work closely with planning authorities and building conservation officers on many of our projects throughout Medway and South East London. We are happy to give guidance in these areas if required.
We also offer surveying and consultancy services for historic buildings, especially those with a listed status. Our survey report will identify any existing problems and, in conjunction with the local Conservation Officer, offer solutions to any issues which may have arisen. 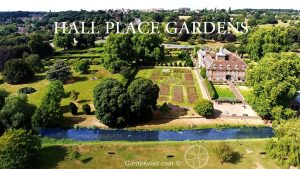