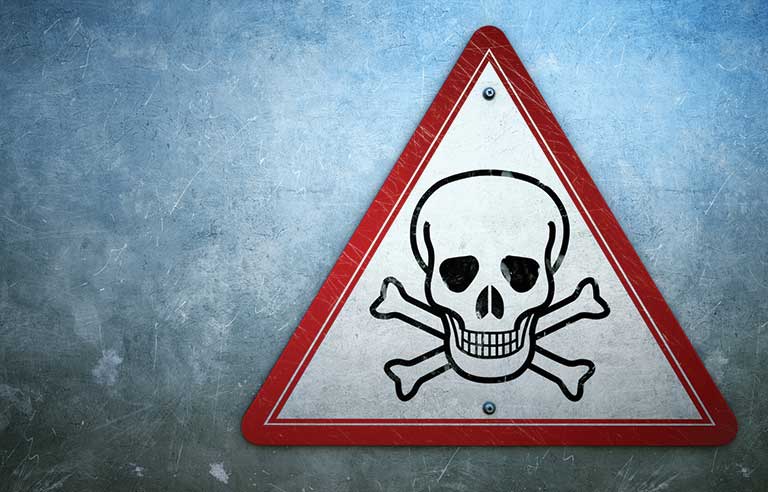 Dampness in your home certainly doesn’t look attractive: yellow patches covering the walls and black specks of mould are the last thing you want to see when you’re relaxing after a long day or trying to prepare a meal. However, a lot of people think that aside from the cosmetic damage, damp walls don’t really cause too many problems.

Unfortunately, that’s not the case – and if you leave damp and mould alone, letting it get worse and worse, you might be exposing yourself to health problems without even realising it…

One of the main problems is the face that damp walls, floor or ceilings can quickly lead to the growth of black mould spores, which are toxic to humans when inhaled (or otherwise ingested). While products such as fungicidal paint and mould treatment kits can help to limit or mask the problem, letting black mould grow in your home means taking a real risk with your health.

Problems include chronic coughing and respiratory issues, as well as more serious lung damage, sickness and allergic reactions.  If there are asthmatic people living in your home, in particular children, then mould spores can also trigger an asthma attack.

With these problems in mind, it’s pretty clear that black mould is bad for you if it begins to build up: fortunately, it can be killed, removed and prevented in the future – this is not a problem that means you have to abandon your home, or even spend out on a ridiculously costly solution. In many cases, black mould in the bathroom or kitchen might be fixed by simply installing a small but mighty extractor fan.

While the toxins from black mould are probably the most serious concern that comes from damp walls, even condensation can be damaging if you live with it for too long. The humid atmosphere can lead to colds and flus, infections like tonsillitis and bronchitis and even pneumonia. Generally speaking, healthy adults with strong immune systems don’t have too much to worry about from small patches of damp, but the young, elderly and already sick should be cautious about spending too long within a damp environment.

So, What Should You Do?

If your damp issues are very mild, then you may be able to tackle them yourself: use extractor fans if they are installed and you haven’t been using them, or control air circulation by the good old fashioned method of opening up the windows and letting in some cool, fresh air.

For more serious issues, it’s a good idea to call in the professionals – sooner rather than later, before any of the potential problems we’ve outlined become actually hazardous. We provide professional damp proofing solutions in and around Medway, Kent and South East England. But wherever you are across the country you should turn to an expert if you think that you need professional level damp proofing or condensation control.

We can diagnose the problem, find the right solution, and help you to get rid of existing mould and damp patches, restoring the look and feel of your home… and, most importantly, eliminating the threat that it presents to your family’s health.

Why not contact us now to get started? We can come and diagnose your damp issues, chat to you about the problems that it may be causing, and start working towards a practical and affordable solution that works for your home!