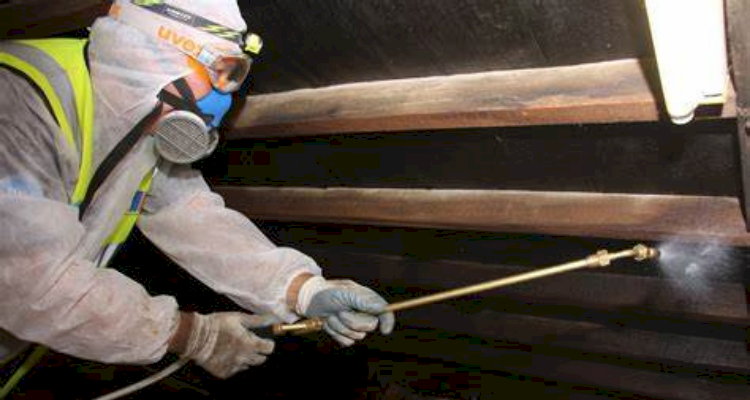 Whether  you’re selling or buying a property, woodworm and fungal decay is a always cause for immediate concern.
Perhaps you’ve no intention of moving house, but recently discovered that dry-rot or wet-rot has begun to permeate your joists, skirting boards or floorboards.

Once established dry rot can travel quickly, it can carry its own moisture and nutrients to help it seek out further timbers to attack. Dry rot can travel through brick walls, behind plaster and render and up through stud partition walls to attack the next floor of a building.
Once referred to as the building cancer this fungi was feared beyond all others due to its ability to withstand treatment and return.

Modern day treatments have changed things and an attack can now be quickly and efficiently dealt with, the chances of return are limited if the treatment is carried out correctly and professionally.

Wet rot is not considered to be as bad as dry rot as it is limited to areas of timber with the correct moisture content, it does not travel along dry timbers like dry rot and can be easily removed and treated.

Wet rot tends to be limited to areas of timber that are prone to constant wetting, or where the timber is in contact with damp masonry.

The easiest way to tell the difference between wet rot and dry rot is to compare the accompanying fungus, wet rot tends to have either no visible fungus or a thin covering of mould like fungus where as Dry Rot can have a multitude of appearances depending on where you are looking on the fungi and what the conditions are in which it has established.

The variations in dry rot go from a thin brittle vine like creeper to a dense spiders web appearance or cotton wool like appearance if the hyphae are subjected to a moist environment. The body of dry rot often looks similar to (if you can imagine) a pale pancake dusted with paprika, talcum powder and a bit of purple paint spotted in here and there. Dry rot tends to be accompanied by a strong mushroom smell and often has other tell tale signs such as orange dust – which is actually the spores of the fungi, vine like tendrils can creep along the timbers often appearing through gaps in the fabric of the building.

It is suggested in various published literature that 75% of all houses suffer from some form of insect infestation.
As over three quarters of property in Medway dates back to the Victorian era, the old timber joists and floorboards are often infested with Common Furniture Beetle (Anobium Punctatum).
The Common Furniture Beetle lives in a three-year cycle. For the first six to eight weeks it is in an egg form, emerging as larvae which then go on to feed on the timber for the next two to three years. Eventually the larvae pupates and changes to an adult beetle which then eats its way to the surface to fly off and find a mate, before the whole process starts again.
As with most insects the emergence of these adult beetles takes place at ‘specific times’ of the year called the ‘flight season’. This is typically April to October and these months are the ideal time for treatment.
Woodworm is treated by spraying the timbers with a water-based insecticide. This coats the surface of the timbers and produces a layer of residual fluid which will remain in place to ensure that any woodworm eating their way out of the timber will become sterile and therefore unable to breed.

What is the effectiveness of such treatments?

A common question which is asked is ‘if my woodworm has been treated, why are new holes still appearing two years after treatment?’.
This is known as Post- Emergence. As the woodworm works within a three-year cycle, it takes up to three years for all the larvae to change into beetles and try to emerge.
Until all the larvae at the time of treatment have changed into beetles, each year a few will eat their way to the surface and become sterile.
Eventually after the 3-year cycle the timber will be free from infestation.

If you have concerns about a possible infestation or worried about wet/dry rot, then contact us today for a concise report and quotation. A 20 Year Guarantee Certificate will be provided on all completed works: